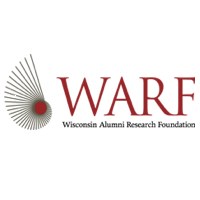 Researchers in the WARF Accelerator program are using advanced imaging technology to detect late blight in potatoes, which famously led to the Irish potato famine in the mid-nineteenth century.

In a recent interview, program manager Greg Keenan highlighted some of the top innovations getting investment support from the Wisconsin Alumni Research Foundation. Keenan has more than 20 years of industry experience with startups and other companies, and now works to identify opportunities for commercialization among UW-Madison research projects.

“We have over 100 technologies in the accelerator program alone where we’ve made investments to try to commercialize the technologies,” he said.

He noted that more than 1 billion people across the world eat potatoes, and late blight still has a global impact.

Potato growers in the state produced 28 million hundredweight of potatoes in 2016, making Wisconsin the third-largest potato producing state in the country after Idaho and Washington. Potato farming is clustered in the central part of the state, according to DATCP.

“We have a professor who’s invented a way to detect the disease from an aerial-mounted imaging device, so you can detect the disease before the human eye can even see it,” he said. “This will help our Wisconsin potato farmers in dealing with this terrible disease, but it certainly has global implications as well.”

Another innovation with potential widespread impact comes from the chemistry department, and involves using a new membrane technology to improve the economics of purifying and desalinating water.

“We certainly are aware of the challenges with potable water, drinking water challenges around the globe,” Keenan said.

From the university’s computer science and engineering department, Keenan spotlighted an application that uses existing lighting within buildings for indoor geolocating. He said the system uses “unique frequencies” from individual lights to provide more effective navigation within large buildings such as hospitals.

Across the broad spectrum of technologies in the WARF Accelerator program, Keenan noted the researchers and startups they launch face common challenges. For one, he said both companies and investors aren’t taking as many risks as they once did.

“The research at [UW-Madison] tends to be very early stage, so the proof points that industry and investors require is much higher than it has been historically,” he said.

He said the WARF Accelerator program is tailored to show how technologies can be used to benefit a business.

“That’s what we’re trying to do — show a business how they can make money using this technology,” he said. “So one of the things that we’re challenged with is engaging with the right folks in the industry.”

He added more than 50 percent of the successful projects out of the program are spun out into startups. And a significant hurdle they face is hiring experienced business experts who know how to bring the innovation in question to market.

“It’s a unique individual that can straddle some of the heavy science and also business,” he said. “These tend to be heavy lifts from the standpoint of finding those right people and getting them to Madison to help start these companies.”

Listen to a recent podcast with Keenan: http://www.wisbusiness.com/2019/wisbusiness-the-podcast-with-greg-keenan-warf-accelerator-program-manager/