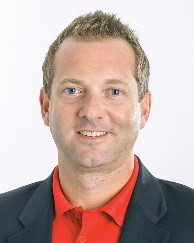 This week’s episode of “WisBusiness: the Podcast” is with Ben Lipari, assistant vice president of resource development for Alliant Energy.

“Clean energy has become more cost-effective and delivers critical economic and environmental as well as financial benefits to the customers and communities that we operate in,” he said. “Investing in solar energy means reducing our long-term reliance on coal-powered generation as we work toward achieving our carbon reduction goals.”

“That would leave eight additional projects that are in various degrees of construction, and we expect most of those to be completed by the end of ‘23 with potential for some of the projects to be completed in early ‘24,” he said.

Lipari also discusses how the company has been navigating supply chain challenges, and shares his thoughts on other industry trends such as the rise of community solar generation.