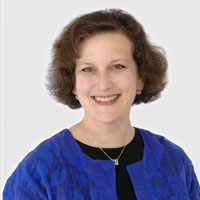 As Wisconsin’s self-described community culture and development organization, Katz says the organization is working to revitalize the creative sector, which took a major hit during the pandemic.

During the podcast, she explains that art centers, museums and theaters lost most of their major sources of income such as ticket sales and exhibits. And she notes the thousands of individuals working in the “creative gig economy” such as independent artists, actors performing at theaters and musicians were similarly affected.

She says up to 70 percent of those who make their living in the arts as independent performers lost all their business, while 95 percent of arts groups stopped their programming and around 70 percent of businesses in the creative sector laid off workers.

“And people pivoted as much as they could to do live-streaming kinds of things. It’s been pretty amazing what people have done on the internet. We still haven’t really figured out how to monetize that though — so you can’t charge for a streaming performance what you can for a live performance,” she said. “Plus, there’s nothing like live, human contact.”

Now, she says organizations are bringing back in-person events this summer and navigating the uncertainty surrounding the economic recovery.

“The sector is going to be among the last to come back,” she said. “People are trying to figure out what they can do as fast as they can.”

“WisBusiness: the Podcast” with Chad Lawler of MABA and developer John McKenzie