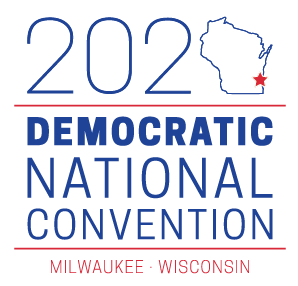 Bars and restaurants in the Milwaukee area saw no revenue boost during last week’s Democratic National Convention, but Wisconsin Restaurant Association CEO Kristine Hillmer sees hope in some other tourist areas of the state.

“Talking with members, we did not see an increase in business,” she told WisBusiness.com.

Hillmer noted restaurants in some parts of the state are faring better than others amid the pandemic. She said certain areas such as the Wisconsin Dells and Door County are seeing more drive-in traffic, and “are doing pretty decently.”

“More people are doing more stay-cations, rather than people getting in an airplane and going somewhere,” she said. “That’s helpful for tourist areas… We’re seeing them having more success with business and restaurants — but it’s still down.”

Leaders of the bar and restaurant industries criticized DNC convention organizers after participants were urged to avoid going to local bars and restaurants while in Milwaukee for the event. With convention week now come and gone, Hillmer says that guidance “put a further damper” on potential business activity that was already limited by the pared-back convention.

Expectations from last year for the convention’s impact were high, with 50,000 visitors expected and a projected impact of $200 million on the Milwaukee region’s economy. Visit Milwaukee has pegged the actual impact at around $3 million, and Hillmer says the boost to restaurants was essentially non-existent.

“It was much smaller of course because there really weren’t that many people in town for the convention, so potential was limited,” she said. “When they asked people to take that pledge… It was really disheartening. Restaurants and bars worked really hard to come up with safety plans and ways to meet demand while doing it safely.”

She noted more customers are looking to dine outside at patios and other outdoor seating areas, though she said her “biggest worry” is this coming fall when the changing weather will make that more difficult.

Most of the association’s members have reopened to some degree, but Hillmer says she’s concerned that a large spike in cases could lead to another widespread economic shutdown.

“Most operators are saying they won’t be able to survive that. Many are hanging on by just a thread right now,” she said. “That would be devastating.”

As these businesses grapple with shifting customer expectations during the pandemic, Hillmer is urging consumers to contact local restaurants directly when getting food delivered. She says third-party food delivery companies have become a “difficulty” for many restaurants that are scrambling to figure out how to serve customers in new ways. According to her, many of these delivery services use outdated menus or prices, and sluggish delivery times can lead to sub-par food quality when it arrives.

Plus, some restaurants have re-hired staff and are having them deliver food “so they can keep a job.”

“The restaurant should be in the driver’s seat, so they can control that as best they can,” she said. “When it’s taken out of their hands, it becomes problematic.”

She noted she’s not totally opposed to these third-party delivery companies, and says some do better than others at working with restaurants to optimize the delivery experience. Still, she said that “when there’s a problem, people get mad at the restaurant, not at the third-party service.”