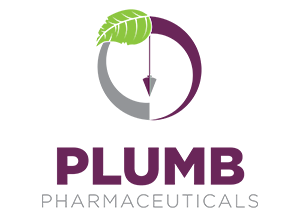 To the construction industry, the term “plumb” means the material is straight and true. Plumb Pharmaceuticals aims to bring this concept to the drug addiction treatment space.

Plumb Pharmaceuticals is a Madison-based company founded in 2016 by Timothy Heath and Lisa Krugner-Higby with a solution for people trying to quit opioids. Plumb Pharmaceuticals has created a drug-delivery technology for extended-release medications, specifically to help the fight against opioid addiction.

The United States diagnoses 2.5 million people annually with opioid use disorder. Currently, medication assisted therapies are the best on the market for treating OUD, according to Plumb’s founders. These therapies help suppress cravings by blocking opioid receptors. However, relapse occurs between doses.

The technology requires a single dose four times per year. This dosage is significantly less than Medication assisted therapies and significantly reduces the potential of relapse. In addition, this form of treatment allows for fewer clinic visits, thus reducing the financial burden for patients and treatment providers.

Plumb’s closest competitor is Vivitrol, which is made by a company called Alkermes. The product is a one-month, extended-release injectable naltrexone. It is more effective than oral medications but also has side effects.

Both Heath and Krugner-Higby are graduates of the UW-Madison and have decades of expertise in pharmaceuticals research and veterinary medicine respectively.

In addition to the team’s co-founders, Plumb Pharmaceuticals has six employees.

The company’s patented produced, dubbed Advanced Quantload Technology, was originally used in Krugner-Higby’s work at UW-Madison’s Research Animal Resource and Compliance center. She was looking for a better way to provide pain management to animals less frequently and started working with opioid formulations in liposomes.

The company started formed its first LLC in 2016, which was focused on animals, and transitioned its research to humans and opioid addiction in early 2018.

When deciding to make the change from animals to humans, Hind said they looked at areas in human medicine where there was “great need and that the company could make a positive impact.”

Plumb has received grant funding through the National Science Foundation and the National Institutes of Health. In addition to the grants, Plumb’s market opportunity will require a capital raise of $8.6 million spread over multiple milestones between 2020 through 2023. This will help the company complete “investigational new drug” enabling studies, IND-submission and Phase 1a of clinical trials.

Once on the market, Plumb anticipates the cost of its product to be $950 per three-month dose. At this price, it would be one-third of the price of its closest competitor. The naltrexone shot lasts one month and costs $1,000 per month.

Plumb Pharmaceuticals has been selected as one of 28 finalists for the 2020 Governor’s Business Plan Contest, which will conclude at the Wisconsin Entrepreneurs’ Conference in June.

Olstad is a student in the UW-Madison Department of Life Sciences Communication.