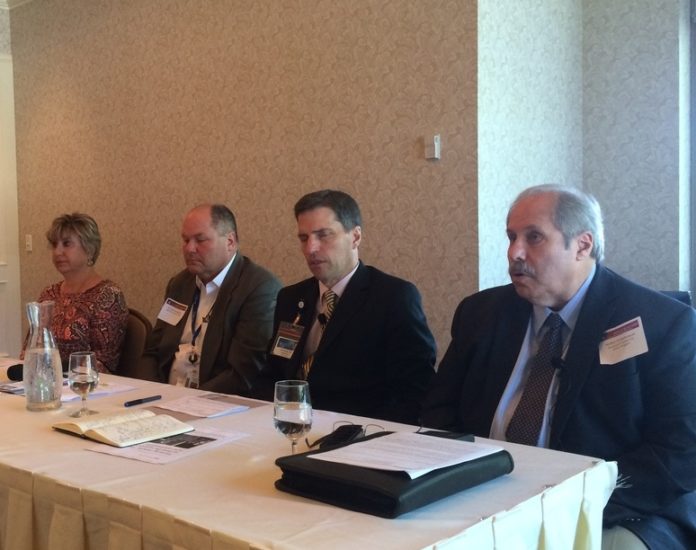 Improving access to rural health care will require leveraging new technologies and improving the workforce outlook for providers in these areas, a panel of experts agreed.

“The concern with the urban rural split is the delay in care,” said Dr. Erik Gundersen, the incoming president of the Wisconsin Medical Society and medical director for Kwik Trip Center for Health.

He spoke Friday as part of a WisPolitics.com-WisBusiness.com event held in La Crosse, focused on the health care divide between urban and rural parts of the state. The event was sponsored by Health Tradition.

“For patients living in outlying areas of the state, there’s certain logistical problems getting from one place to another,” Gundersen said. “But then there’s also the manpower issue.”

Dr. Paul Mueller, a top Mayo Clinic executive, says new technologies “need to be leveraged” to make it easier for rural residents to connect to care.

Because these patients face transportation challenges as well as a general lack of qualified workers in the healthcare field, telemedicine tools were highlighted as one solution to both of these problems.

“That relates to the discovery and research that’s really important in medicine, including in rural medicine,” Mueller said. “We have to understand, what are the best models of care?”

He described a “care coordination” approach being undertaken at Mayo Clinic, in which nurses track patient vitals before and after they leave the hospital with remote monitoring. That lets providers keep up with measures related to diabetes, congestive heart failure and other conditions.

“There’s this continuous flow of data while the patient is in their home,” Mueller said. “That keeps people out of the hospital. It’s more cost-effective; they don’t need to travel.”

He said telemedicine monitoring could enable remote care for stroke patients, newborns and mothers, and other patient groups.

“Leveraging these platforms — having broadband, 5G, whatever it is — the technology available to make that possible is crucially important,” he said. “Health systems can’t do that; we have to rely on government and others.”

“We need to have broadband connectivity to make sure people have access, and clinics and hospitals,” she said. “In rural areas, they’re utilizing more and more telemedicine. So that means as a state, we need to have the infrastructure.”

Shilling made the case for expanding Medicaid in Wisconsin under the Affordable Care Act, noting the state is one of 14 that haven’t done so. She notes Medicaid expansion comes with higher reimbursement rates “across the spectrum of care,” providing greater support to providers in nursing homes, doctors and other groups.

Last week, the Republican-run Joint Finance Committee rejected Dem Gov. Tony Evers’ proposal to expand Medicaid under the ACA. While it did vote to increase funding for Medicaid, it didn’t go as far as Evers had requested.

Gundersen noted JFC has put “a big investment” of Medicaid dollars into behavioral health training in rural areas, as well as primary care services in those areas.

Still, Shilling called the move a “faux investment,” because JFC Republicans cut from other areas of the budget, including education, to cover the increase.

On the regional level, Southwest Community Action Program Executive Director Wally Orzechowski gave some examples of what’s already being done in the southwest corner of the state.

The program has helped start three free medical clinics, the largest of which is in Dodgeville. He says about 30 percent of their patients are Spanish-speaking dairy farm workers.

Orzechowski says the program has partnered with several federally qualified health centers to provide dental care, and has also donated a bus that’s now being used to bring prevention and screening programs to farm workers.

“It’s a small project, but it’s just an example of what can be done if you think creatively,” he said.

Listen to the full discussion: http://soundcloud.com/wispolitics/closing-the-urban-rural-health-care-gap