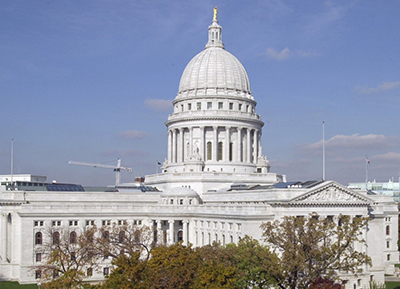 One of the items included in the Republican version of the state budget would remove a three-year limit on certain wholesale electricity contracts that is “no longer relevant” to the state’s current energy environment, according to Wisconsin Utilities Association Executive Director Bill Skewes.

The contract limit applies to agreements between utilities and “merchant plants” that have a financial interest in the utility they serve.

Skewes explained that in the late 1990s and early 2000s, the regional energy market was basically nonexistent. But the state didn’t have the generating capacity to meet the demands of customers.

To fill in the gaps, he said the state Public Service Commission invited “merchant plant” power providers to come and build facilities in the state. They established power purchasing agreements, or PPAs, to cement their business relationships with the utilities.

“We were short back then on power plants that could generate electricity,” said Skewes, who lobbies on behalf of the state’s investor-owned utilities. He says the merchant plants helped fill in generation capacity, as a “temporary solution” to Wisconsin’s energy requirements. At the time, he said the PSC added a three-year limit to those contracts as part of the greater regulatory framework.

Now, he said, many of the state’s utilities can fulfill their needs with energy that’s produced in other states and brought to Wisconsin. Under the new, more stable paradigm, he says the market for merchant plants “has disappeared.”

“The whole issue of merchant plants popping up to serve customer needs is no longer relevant,” Skewes said. Therefore, he said, the need for the three-year contract limit no longer exists.

Citizens Utility Board Executive Director Tom Content agreed the three-year limit was a holdover from a previous era “that may not be critical for customers today.” But he said keeping some sort of limit would have been preferable.

Still, Content said he doesn’t expect any “significant impact” on customers from removing the limit altogether.

The provision was one of seven non-fiscal policy items that the nonpartisan Legislative Fiscal Bureau identified in the budget that emerged from the Joint Finance Committee.

GOP Rep. Mark Born, a member of the Finance Committee, said the PSC would still retain oversight of the contracts. But the flexibility to sign longer deals would benefit consumers.

“You can get better deals for ratepayers,” Born said.