The company has developed nuclear fusion technology that can be applied in many ways. That includes an X-ray like function that can look behind metal casings to see whether a munition is defective and can explode earlier than intended. It also can be used on military vehicles to detect hidden explosives in the road by looking at radiation levels.

The announcement represents the company’s first commercial contract with the Army, which has given PNL about $8 million for research.

“The Army’s support for PNL’s technology over the last 8 years has been tremendous,” said Evan Sengbusch, PNL’s vice president of business development. “Beginning to deploy our technology in the field to save warfighter lives is very rewarding.”

Gregory Piefer launched the company in 2005 after getting his PhD from UW-Madison and now runs SHINE Medical Technologies, which spun off from PNL.

The Army has sought such neutron radiography technologies for decades, but the existing ones from sources such as nuclear reactors are less safe and less effective than PNL’s, Sengbusch said.

The company, which has spent the bulk of its 11 years doing research, began its commercialization efforts about two years ago, Sengbusch said. Other customers include one in the U.K. that uses PNL technology to monitor power levels of nuclear reactors.

PNL has 25 full time employees and is adding on a few more in the coming months, Sengbusch said.

PNL, Sengbusch said, is already well-connected with the Army’s technology teams, but the two Madison-area Dems helped the company get access to higher-ups that were key in the decision.

“That’s where they played a big role for us, is opening those doors we may not have been able to get to,” he said.

SmartBurn using human breath as a sign of athletic performance 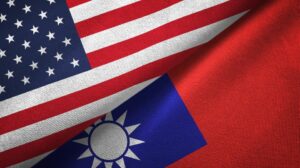