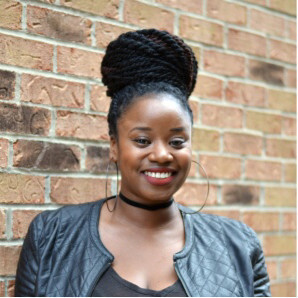 Investors in the Midwest and nationwide are striving to improve diversity and inclusion among startups and those who help fund them.

“I think the more and more we can support the grassroots organizations, the people on the ground that are already serving these communities and deploy more capital into those places, I think we’ll start to see a really large amount of growth in the number of funders, in the number of new entrepreneurs, and also in the number of potentially new venture capital funds,” Jones said. (pictured here)

Since starting to raise funds in 2019, Sixty8 Capital has invested in 14 companies including 10 led by Black entrepreneurs, Jones said. The $20 million fund targets investments between $250,000 and $500,000 for these early-stage businesses.

Meanwhile, TitletownTech partner Cordero Barkley discussed the Green Bay-based fund’s efforts to bridge the gaps between existing resources anchored in Milwaukee and Madison. As another seed-stage fund, TitleTownTech is also looking to make investments up to $500,000 in promising startups.

He also underlined the importance of diversity in the startup environment, pointing to missed opportunities tied to a lack of representation.

And Margie Bacheler, director of educational initiatives for the national Angel Capital Association, tied the discussion to the broader issue of the racial wealth gap. She noted the average white U.S. household has six times the equity of the average Black household, and spotlighted the role of capital gains in building generational wealth.

She said an “Angel University” effort spearheaded by the association is providing educational programs to break down barriers to early-stage angel investing.

“You don’t have to look like the guys on Shark Tank to be an angel investor … we really go into a community and equip community members and ecosystem builders with the knowledge and tools to successfully start an angel fund,” she said.