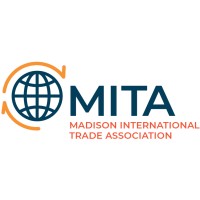 The Biden administration will open markets and opt for multilateral trade agreements, benefitting Wisconsin’s trade economy, according to a global affairs expert.

Jeremi Suri, a global affairs professor at the University of Texas at Austin, discussed the controversial trade relationship between the U.S. and the rest of the world during a Madison International Trade Association webinar this week.

Suri, a former UW-Madison prof, said the Biden administration will prefer open markets in place of protected markets, multilateral trade agreements with multiple countries over bilateral relationships and trade relationships before transactions. All of that goes against the Trump administration approach.

This gives ample opportunities for Wisconsin’s manufacturers and agriculture businesses because the Biden administration will likely provide federal support for exports, explained Suri.

But trade was not on the forefront of Biden’s campaign. Last week, however, the U.S. and European Union agreed to temporarily suspend the additional tariffs from the Large Civil Aircraft Dispute for four months in order to encourage trade with European partners. Goods imported from EU countries, including dairy products and liquors, will not be subject to the additional 25 percent duties under Section 301.

“In general, I think it’s fair to say Biden’s approach is much more calculated; it’s not a go-it-alone,” M.E. Dey & Co. President Sandi Siegel told WisBusiness.com after the event. The Milwaukee-based freight and customs broker sponsored the MITA event.

She noted that recent reports on China‘s human rights violations have been concerning.

“I don’t think we’re going to see any tariff relief in regards to China,” she said.