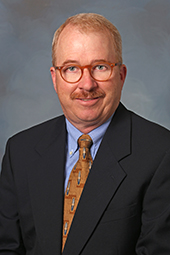 This week’s episode of “WisBusiness: The Podcast” features David Clark, economics professor at Marquette University and a consultant to the Wisconsin Realtors Association.

The WRA’s monthly analysis showed that statewide, home sales fell since last May but home prices went up. That was the case broken down regionally as well. And while the nation is in a recession due to the COVID-19 pandemic, Clark noted in the report that this one might be different from past recessions such as in 2008.

“What’s different this time is our inventories are not high… so prices are unlikely to fall,” Clark said. “The other thing that is somewhat different is mortgage rates were not at record low levels at the beginning of the Great Recession… we are now at historic lows for 30-year fixed rate mortgages.”

Since Wisconsin’s economy opened up sooner than other states, he suspects that it will generate activity at a more rapid pace than states that are still locked down. But Clark noted that the national economy is the main driver.

“As long as we’re in a recession, that’s going to dampen housing activity,” he said.

Clark predicts that June’s housing analysis will look similar to that of May and the upcoming months to still be lower than 2019 — a “good year for housing.”

“We’ll see how it plays out as we go into the future. We’ll have to see what the recovery looks like,” he said.