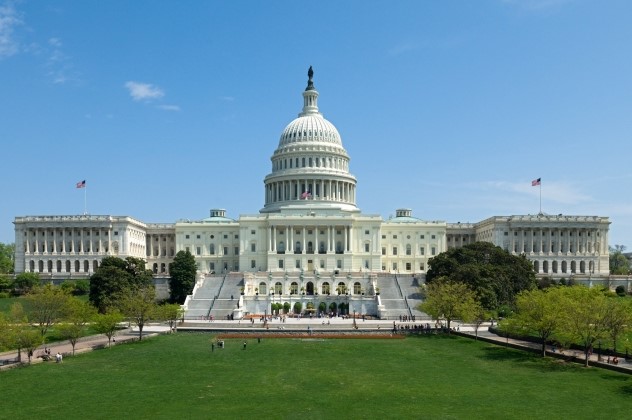 “I think our withdrawal from TPP is one of the greatest strategic mistakes we’re making in the 21st century,” the La Crosse Dem and Ways and Means Committee member told a WisPolitics.com/WisBusiness.com virtual event yesterday. “I don’t think it’s going to be an out-of-the-block issue for Biden, but it’s one that we have to be considering and thinking long-term on.”

Joe Biden was the vice president at the time TPP negotiations were taking place. President Trump withdrew from the TPP during his first week in office. Just last month, China moved forward on its own trade agreement, the Regional Comprehensive Economic Partnership. The U.S. was not part of the partnership.

“Other countries now are looking to join that,” Kind said. “That is not a good position for us or even Canada or Mexico to be in, to be following China around in that Pacific rim area. We’ve got to find a way for us to become relevant, to get inside that tent again and to be offering our values and principles when it comes to trade relations in the fastest growing economic region throughout the globe.”

Sandi Siegel, president of M.E. Dey & Co., said leaving the TPP was a lost opportunity. She added that the U.S. is losing ground to China, a huge player in the economy and a digital and military competitor that has grown to be a crucial part of the supply chain.

“I think some of the strategies of the Trump administration were short-sighted,” said Siegel, who is also a co-host of the WisBusiness.com “Talking Trade” webcast.

The Section 301 tariffs on steel aimed at pushing people to buy domestically “just wasn’t realistic, certainly not in the short-term,” she said, adding that people couldn’t just move their supply chain overnight. Siegel expects the Biden administration to focus on supporting U.S. manufacturers by investing here “for the long-term.”

Neal Kemmet, CEO of Ace Ethanol in Stanley, said he looks to the Biden administration to pursue trade agreements that expand market access not only for raw products, such as corn and soybeans, but for finished products, such as ethanol and distillers grains.

“We’ve got a great product, but we’re not allowed to compete. So that’s not the fault of the industry; that’s something that needs to be worked out between the U.S. government and the China government,” he said. “We don’t have a chance for fair and free trade in China the way things are going right now, so hopefully it changes with the Biden administration.”

Canada, the current trade partner with the U.S. in the USMCA agreement sometimes called the “new NAFTA,” does more trade with the U.S. than China, Japan and the U.K. combined, according to Wayne Robson, acting consul general at the Canadian Consulate in Chicago.

“We certainly would welcome the United States coming back into the TPP discussion,” he said. “It does provide an opportunity when you do these kinds of negotiations with other countries on a regional or multilateral basis to have a discussion about other things that help with global security or global understanding of norms and regulations, and it’s a good entree there with both environment and labor.”

The Trump administration filed a dairy-trade complaint against Canada — the first enforcement action under USMCA. Then, Canada would have a 15-day period to start consultations. Robson, who said Canada believes it’s fully in compliance, said the process of efficient dialogue is all part of a mature trading relationship.

Kind, who had been on the phone yesterday with U.S. Trade Representative Bob Lighthizer in regard to the complaint, said the point of the agreement is to address trade irritance. He added that the complaint and following consultation process is viewed as significant progress in the new trade agreement and USTR is paying close attention to the implementation of it.

“We’re sensitive of the fact that Canada has a different dairy market than we have in the United States, it’s a supply management type of system, and so they’re trying to protect that against the excess of imports coming in,” he said. “Hopefully… we’ll be able to resolve this before more extraordinary remedies have to be taken on the dairy front.”

Both Kemmet and Seigel said the transition to the USMCA was seamless for the agriculture and manufacturing sectors, adding they had heard overall positive feedback.

Kemmet said the only long-term solution for fair and free trade is through negotiating multilateral trade treaties, such as the TPP and USMCA, so that industries are not penalized by another country’s government.

But tariffs can be used as a tool to protect free and fair trade, Robson said.

“One of the things that’s been suggested — that this new administration might do differently — is specific tariffs,” Seigel said. She explained that narrowing a tariff to particular commodities or even down to specific suppliers as opposed to a “broad brush” like the Section 301 tariffs on China is a “more realistic approach” to level the playing field and protect U.S. industries.