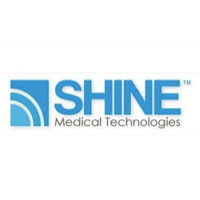 The future of SHINE Medical Technologies includes a production plant in Europe and a new therapeutic branch, according to the company’s founder and CEO.

With a dwindling global supply chain for Mo-99 — an isotope that’s used to diagnose heart disease and treat cancer — SHINE plans to to construct another plant in Europe in addition to its current construction project in Janesville.

“The current supply chain sucks,” said Greg Piefer, founder and CEO of SHINE Medical Technologies at a recent Wisconsin Technology Council luncheon in Madison. “The patient is not being denied a test — they’re being given ultrasound or some other alternative test that’s less effective — and so they don’t really know they’re being mistreated in a way if there’s a shortage.”

The last major producer of Mo-99 in the Western hemisphere stopped making the isotopes in 2016 and has since shut permanently. According to Piefer, that means “one million people going to the hospital with chest pain who aren’t getting the right tests.”

Europe is the second-largest market in the world for Mo-99 and the largest producer in the world today, but it’s expected to exit the market in 2025.

“It’s run by the Dutch government, and they want to get out of it,” explained Piefer. “We need to make sure those patients are taken care of, so we have an aggressive plan to not only sell to Europe, but to build a second plant there as well.”

SHINE has already established an office in Europe.

Piefer noted that China could be another plant destination for SHINE. The only other two plants producing Mo-99 are located in Australia and South Africa.

Mo-99 can be mixed with a liquid drug and injected into patients to diagnose heart disease and treat cancer.

Unlike the other plants that rely on nuclear reactors, SHINE uses a different method that doesn’t create nuclear waste.

SHINE’s current $100 million build in Janesville is expected to be completed in 2021 and have commercial scale production in 2022. The building will include eight accelerators that are licensed to produce two thirds of the global need for Mo-99 or over 300,000 doses per week.

North America gets about two-thirds of what it buys “on a good day,” according to Piefer. That’s because the Mo-99 decays quickly. For example, in 24 hours of transportation, Mo-99 loses 22 percent of the product. Mo-99 is worth $120 million a gram.

And if a weather delay stalls transportation for too long — “we don’t get any,” he said.

In addition to Mo-99, SHINE is looking towards making the isotope Lutetium-177 or Lu-177.

According to Piefer, clinical tests have shown that Lu-177 damages tumors. What is still unknown, however, is how the body’s immune system recognizes cancer as a threat and is able to kill off the remnants of the cancer with the isotope.

He said the company plans to create a branch called SHINE Therapeutics and use the same system of making Mo-99 as Lu-177.