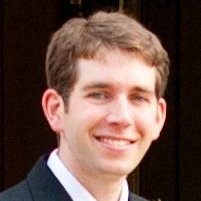 Four solar farms recently approved by the Public Service Commission are expected to contribute up to 2 percent of Wisconsin’s electricity usage. But renewable energy advocates and landowners say these projects are paving the way for continued growth.

“It could be a precursor of a substantially even more amount of solar energy to come as we look ahead down the road a few years,” said Tyler Huebner, executive director at Renew Wisconsin, a nonprofit organization that advocates for renewable energy.

Once the four projects are operational, they are expected to produce enough power for 178,000 Wisconsin homes annually.

“From where we are today, the approval and building that much solar is really an order of magnitude increase in the solar capacity for the state,” he said.

Huebner (pictured here) told WisBusiness.com that Wisconsin has an estimated 25 new solar projects and about 4,500 MW in the earlier stages of development.

In 2019, three utility-scale operations were approved by the Public Service Commission: Two Creeks in Manitowoc and Kewaunee counties, Badger Hollow in Iowa County and Point Beach in Manitowoc County.

“We call them ‘utility-scale’ because they are closer to larger electricity generation from more traditional means such as coal or gas,” said Matt Sweeney, communications and legislative director at PSC.

“We’re anticipating 2020 will be a very big year for requests for approval of utility-scale solar projects,” said Sweeney.

MGE just announced it received preliminary approval from the PSC to move ahead with plans to own an additional 50 MW of the Badger Hollow solar farm.

“The cost of installing a solar farm has declined about 88 percent in the last 10 years,” he said. “From the power company’s perspective — where they’ve got coal or other types of ways they’re making electricity today — to come up with a solar proposal is more cost effective to get the next type of power that they need.”

Huebner expects solar to surpass wind energy, too. “Right now there is more wind energy capacity in the state than solar. But as we look ahead, the total amount of power capacity is trending to solar; it’s going to take the lead.”

But just as wind turbines bring controversy to landowners and neighbors with issues like noise or bird safety, solar panels bring their own issues.

“A few issues have surfaced, like neighbors outside of the project’s jurisdiction that like the landscape as it is and don’t want to see that change happen.” said Huebner. Or “the trade-off from farming corn or soybeans to using solar energy instead for that land.”

The four solar projects will be located on about 0.05 percent of Wisconsin’s farmland.

Bob Bishop, a grain farmer on about 2,000 acres of family-operated land, is a part of the Badger Hollow solar project. His farm devoted 650 acres to solar panels. He argues there are no drawbacks to solar.

“I’m already in the energy business,” said Bishop, who sells his family’s corn to a Jefferson County ethanol plant.

“One acre of corn for ethanol is 0.81 car years,” he said. “One acre of solar panels is 74 car years for electric cars.”

Because efficiencies in machinery and technology put more product on the market, Bishop said it has made corn and soybean prices stagnant for the past 100 years.

“Solar farming is basically a hedge where [farmers] can get a higher payment on the land that they’ve entered into the solar farm, and it’s drought resistant and weather resistant,” said Huebner. “The landowners themselves that are being approached are by and large very interested in the proposition and very supportive of it.”

“The next generation is starting families on the farm. This opportunity to put a good revenue source in front of them was just too good to pass up,” added Bishop. He explained that his family farm has lingering debt, which he said solar can reset.

With commodity prices the way they are in Wisconsin, Bishop said “solar is a good way to keep people on the farm.”

“[They can] decide how much land to put in to solve their financial problems and do what they want, essentially,” he said. “I don’t know why any farmer would turn down an opportunity to be in this in some size. Farming is a business; it’s a business decision.”

He added farmers can choose how much land they want to include in the project.

“The other thing is that Wisconsin has to import all of its coal, so that’s cash leaving the state.” said Bishop. “Here the cash will stay in the state; the power companies are in the state and renting land from landowners in the state.”

Huebner said the transition is being driven by the rising cost-effectiveness of solar power.

“Utilities have a mandate to provide the most cost-effective power. They are looking for solar and wind projects that are viable and we’re going to have to continue to find best practices and work through any concerns at the community level to try to make these as beneficial as possible,” he said.

UPDATE: Invenergy, a Chicago-based company that developed the Badger Hollow Solar Farm, submitted an engineering plan to the PSC for another solar farm. The 200 MW project, Paris Solar Farm, is being planned in western Kenosha County.