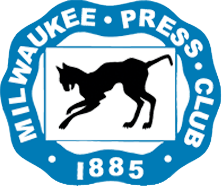 Still, panelists agreed on the need for more research and education to mitigate the possible negative outcomes associated with using the drug.

Cecilia Hillard, director of the Medical College of Wisconsin’s Neuroscience Research Center, argued that pairing the term “medicinal” with marijuana reduces the perception that using cannabis can cause any harm.

“We have the people that are the ‘reefer madness’ types who say you’re going to go crazy if you use it, but we also have on the other side of the spectrum people who say it has absolutely no harm at all,” she said yesterday. “I think the literature suggests the truth is somewhere in the middle.”

“Its risks are similar to other medicines; it doesn’t have much more significant risk,” she said. “We haven’t seen a lot of huge complications, like with some of our other pain medications.”

Rep. Melissa Sargent, D-Madison, touted her efforts to bring recreational and medical marijuana to the state. She said legalizing and regulating the drug would help resolve social inequalities and bring a large black market industry into the mainstream.

Assembly Speaker Robin Vos, R-Rochester, was scheduled to join the panel but canceled due to an illness. Vos has previously shown support for legalizing marijuana for medical use, while Senate Majority Leader Scott Fitzgerald remains staunchly against legalized marijuana of any kind.

Marijuana has been approved for medical use in 33 states and both medical and recreational use in 11 states. Various bills to legalize medical cannabis in Wisconsin have been introduced over the years, but the issue has never been brought to a vote in the state Legislature.

Although support for medical and recreational cannabis has been growing in recent years, Janis noted that only 9 percent of medical schools teach anything about marijuana. She says this lack of formal education on the topic is “absurd” given that millions of people in the United States use marijuana.

“We as providers have a duty to learn as much as we can, so we can provide good evidence-based information and guidance to our patients,” Janis said.

Panelists touched on some of the negative impacts of more widespread marijuana use, including driving while under the influence, young people using marijuana, and potential psychiatric effects on those with a predisposition for mental illness.

But Sargent argued the most dangerous element of marijuana in Wisconsin is that it’s illegal, and highlighted a “lack of education and understanding” that leads to misinformation being spread.

Since medical marijuana has been available in parts of the United States for decades, Janis says information on potential impacts is readily available.

“Adding a medical [marijuana] program doesn’t seem to increase youth use in these states, so for that piece, it’s really not an issue,” she said.

She argued medical marijuana should be available for certain young people where the medical benefit outweighs the risk, she said.

“Which I’ve seen in Minnesota, there are not a lot of adolescent and child patients, but those who do tend to have cancer, seizures, autism — serious disorders,” Janis said.

But while many individuals benefit from medical marijuana for a number of different diseases, Hillard identified a serious lack of scientific research supporting its efficacy for more than a few conditions.

She said medical marijuana has only been proven effective for three conditions using the “gold standard” for clinical trials: chronic pain, nausea and vomiting associated with cancer chemotherapy, and the symptoms of multiple sclerosis.

“That’s it for right now,” she said. “We all hear a lot of anecdotal reports about all the things it’s good for, and it may be, but we don’t have the data. And that makes it very difficult for health care providers to advise patients as to whether this is something you should use instead of drug x or y.”

Hillard stressed that more research could fill this gap in understanding, and more findings are expected to come out of states that have legalized marijuana use.

Altruize excited to increase volunteerism in 2021 and beyond