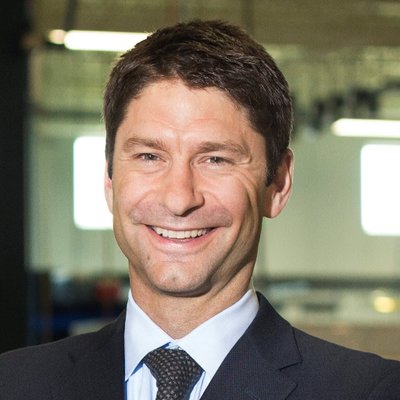 Manufacturing leaders expect some elements of the industry’s pandemic response, such as reduced business travel and more employees working from home, might be here to stay.

“Nobody is traveling right now, obviously … I think that’s going to be one of the permanent legacies of this crisis,” said Austin Ramirez, CEO of Husco International, a manufacturer of vehicle components with locations in Waukesha and Whitewater.

During a webinar yesterday hosted by the Metropolitan Milwaukee Association of Commerce, Ramirez, pictured above, predicted a “permanent, significant downturn in business travel,” adding the associated expense reduction has helped the company better respond to COVID-19. Plus, he noted that holding virtual meetings has saved a lot of time.

Husco has also eliminated inter-facility travel between three nearby sites in Wisconsin and Iowa, keeping each location self-contained.

Meanwhile, about 20 percent of the team at Pindel Global Precision have been working from home for the past few months. And company leaders have taken action to limit the spread of the virus among workers still on the manufacturing floor.

According to Bill Berrien, CEO for Pindel Global Precision, the New Berlin company required masks to be worn on-site more than a week before the CDC guidelines on wearing masks were released.

At the company’s facilities, meetings are no longer being held in enclosed rooms. And rather than one centralized break room, microwaves have been distributed to different corners of the space to reduce clustering.

“We’re re-thinking everything from peoples’ interaction to the timeclock, to where do you need to prop doors open so people aren’t touching a common handle,” Berrien said during the webinar.

Pindel has had a no-visitor policy in place since early March, and Berrien said those restrictions aren’t being lifted anytime soon. He noted that as the state reopens, the risk level goes up, adding he “wants to see businesses opening and thinking differently and smarter.” Until a vaccine is widely available or the population reaches herd immunity, he said physical interactions are being reduced as much as possible.

But even as employers are taking various steps to protect their workers, Ramirez doesn’t expect a “huge migration” to working from home. He said workers now have a “new appreciation” for going to the office and being around their peers — “and I don’t think that goes away.”

Still, he said “until we have a vaccine, the days of handshakes are over.” And even with a vaccine, he said it’s difficult to imagine “a world where we’re shaking hands with everyone we meet.”