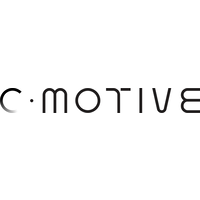 To mitigate the changing climate and maintain a cleaner future, the world is increasingly turning to renewable energy. In the world of motors and generators, that means changing how electric power is generated.

Enter C-Motive Technologies, which focuses on making a new breed of electric motors and generators that are simpler, cheaper and more effective.

“It’s an entirely different kind of physics,” said CEO Justin Reed. Reed is a UW-Madison alumnus with a Ph.D. in electrical engineering and power electronics. He set out to reinvent the electric motor through C-Motive.

Electrostatic forces don’t lose energy in the form of heat, resulting in technology that has 98 percent energy efficiency and improves a battery lifespan by 10 percent, according to Reed. Electrostatic motors and generators also have simpler designs because they lack gears and coils. That lessens weight and maintenance.

What’s more, they don’t use imported “rare earth” magnets, which greatly reduce the price, he said.

“Having a new way, it has an enormous impact,” Reed responded when asked what this idea means to him. He added that C-Motive’s products could change the booming electric motor industry.

He believes the product, protected by dozens of pending or issued patents and trade secrets, will be the template by which all new electric technologies will be referenced.

But while the company is relatively new, Reed is quick to note the idea isn’t new. Benjamin Franklin invented a prototype, but the 18th century design was “anything but practical,” he said. C-Motive has created an effective, scalable version.

“We saw a fundamental gap in the technology market left by electromagnetics,” Reed said.

C-Motive Technologies was chosen to present at the virtual Wisconsin Early Stage Symposium.

Wilharm is a student in the UW-Madison Department of Life Sciences Communication.