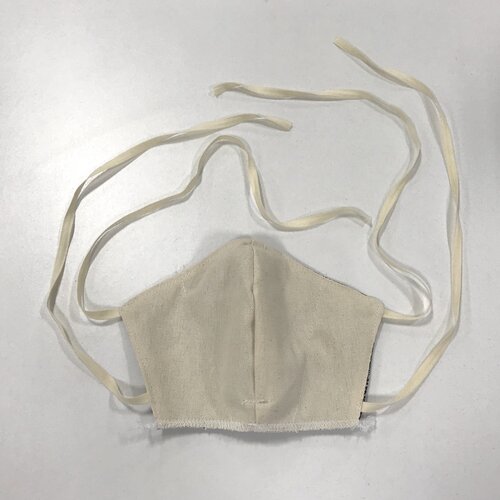 A small family-owned manufacturer in Fond du Lac has been churning out thousands of face masks in recent months and has raised more than $10,000 for the local Salvation Army through sales of these much-needed products.

United Manufacturers Inc. was founded as an industrial sewing operation by Jeffrey and Anne Faris more than 36 years ago, and is now run by sisters Alison Faris Helleberg and Jenny Faris. They also head the other family enterprise, Faris Gourmet Popcorn and Treats, which got its start in 2010 as a high school business project created by Jenny.

Since the start of the pandemic, the sewing business has made more than 20,000 masks and counting with assets typically used for custom contract sewing. It’s also been producing high-demand medical gowns and hazmat suits.

“Our sewing business isn’t really a retailer, but we saw the need was there and we know how to operate an online store, so we made it happen for this crisis,” Alison said in a recent WisBusiness.com interview, noting that a portion of each mask sale is donated to charity.

It’s just one of the Wisconsin business stories emerging from the pandemic. A recent WisBusiness.com survey offered a way for the stories to be told.

Alison explained that many elements of the businesses overlap, with most employees cross-trained to work at both companies. That’s proved to be helpful as resources were allocated to sewing crucial personal protective gear.

During the peak of that effort — between March and early May — some 10 temporary workers were hired to help fill the demand for these products. That’s in addition to the 20 workers spread across the sewing and popcorn operations.

The popcorn retail location in Fond du Lac was closed at the beginning of March, though online sales have continued through the past five months. During that time, the business has slowly been reopening, starting with curbside pickups and eventually walk-in traffic in June. In hopes of protecting customers and employees, barriers have been put up around the check-out counter, and in-store customers are asked to wear masks and sanitize their hands as they enter.

The company has been providing and requiring masks and gloves for workers, and has implemented more stringent cleaning measures. Production machines have been rearranged to enable social distancing, and the break room area has been tripled in size with more tables.

“We’ve been having weekly meetings to re-enforce that if anyone was feeling sick or had any symptoms of any illness or were exposed, that they just let us know,” Jenny said.

Even as in-person retail suffered during the earlier phase of the pandemic, online popcorn sales have picked up with many customers sending care packages full of treats across the country, Alison said. Online orders are shipped nationwide, and the popcorn is sold in about 3,000 stores across the country.

Faris Gourmet Popcorn and Treats normally sells popcorn wholesale to movie theaters, which have struggled to survive during the pandemic as major film releases have been delayed and attendance has slumped. Alison says sales in that area have been “unfortunately pretty slow,” since many of those theaters have had to close and sell off inventory.

But at the same time, with schools and many workplaces being shut down, she says retail sales have been picking up in recent weeks with “recurring customers being more and more frequent.” She noted many people are stuck at home and seem to be snacking more, with families coming in to buy big bags of popcorn for their movie nights, game nights and small parties.

Along with the traditional yellow cheddar and caramel corn, the popcorn business has about 50 different flavors with new options rotating in depending on the season. Those include cherry cordial, strawberry cheesecake, almond coconut and rocky road, as well as chili, cheesy bacon, chicken and waffles, and many more.

“Our whole family is into trying new foods and untraditional things,” Alison explained. “When we find something we like in other foods, we try to make it into a popcorn.”

Both the sewing and popcorn businesses have benefited from government aid programs including the federal Paycheck Protection Program and Economic Injury Disaster Loan. According to Alison, prices have increased for many materials used in both operations, and these programs have helped balance out the increased cost.

“If a second outbreak comes or if things get worse, hopefully we’ll be prepared enough where it won’t affect us,” she said.

Alison was one of 84 respondents to WisBusiness.com’s Wisconsin Business Reopening Survey, which is still accepting responses. The survey, launched in May, has collected answers from a wide array of companies, including real estate businesses, marketing firms, consultancies, restaurants, media companies, and a number of other retailers and manufacturers.

Plus, 21 survey respondents said they’re offering paid sick time for workers and 52 are providing masks or other personal protective equipment to employees. And 27 said they’re screening workers for symptoms of COVID-19.

Meanwhile, 40 respondents are offering customers hand sanitizer; 41 are ramping up sanitation; 20 are requiring masks or other PPE; 23 are encouraging the use of masks; and 41 are limiting the number of customers in their stores.

The survey found 41 respondents have taken advantage of a state or federal government aid program, while 24 haven’t. Another eight respondents have applied but have yet to be approved. And 20 respondents said these programs have been helpful; 17 said they’ve been somewhat helpful; and 12 said they’re not helpful at all.

Looking ahead, 37 respondents said their business is on the right track for the rest of the year, while 13 said they’re on the wrong track and 27 are unsure.