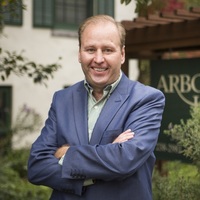 This week’s episode of “WisBusiness: The Podcast” is with John Imes, executive director of the Wisconsin Environmental Initiative.

He discusses the state’s push toward clean energy, touching on Gov. Tony Evers’ plan to get the state to carbon-free electricity, as well as how businesses could capitalize on this shift.

“If you believe in climate change and you believe in science, well then it’s reasonable to expect that we can accelerate and scale up the solutions that are in front of us and create a green economy for the state,” he said. “The science to me is demanding that we be bold. So let’s be bold.”

Imes notes many businesses in the state are investing in sustainability efforts as well as clean energy technology such as solar panels. And he says the Foxconn development in southeastern Wisconsin represents a major opportunity in that space.

“Where are the opportunitites to employ rooftop solar to offset carbon emissions associated with the production that happens at that facility?” he said.

He added the facility’s many roofs could collect as much as 500 million gallons of stormwater runoff every year, not including roads and parking lots. He says zero-runoff design could be put in place to capture that water, filter it and return it to Lake Michigan.

Foxconn estimates it could have a $1.4 billion supply chain in the state, and Imes says the Taiwanese tech company could impose higher environmental standards on its business partners.

“Here’s an opportunity for Foxconn to require that those suppliers meet those environmental standards,” he said.

WisBusiness: the Podcast with Jennifer Gottwald, director of licensing for WARF

WisBusiness: the Podcast with Rose Oswald Poels, president of the Wisconsin Bankers Association

WisBusiness: the Podcast with Ben Camp, CEO and co-founder of RehabPath – Part Two