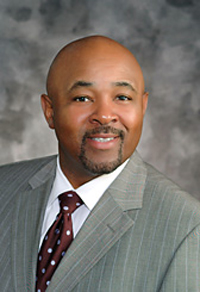 State regulators are looking at new ways to combat groundwater contamination in Wisconsin, focusing on nitrates as well as lesser-known PFAS.

“We are on the beginning of our scientific journey with PFAS,” said Darsi Foss, a division administrator for the DNR. “We know a lot about nitrates. We know a lot about geology and how nitrates move But PFAS we’re just learning about.”

At Friday’s H20 Policy Summit in Green Bay hosted by U.S. Rep. Mike Gallagher and Rep. Joel Kitchens, Foss told attendees the CDC and other federal and state agencies are conducting studies across the country on the impacts of PFAS, or per- and polyfluoroalkyl substances. These are present in a number of commercial products including firefighting foam and non-stick pan coatings and have been found in groundwater as well as public water systems.

Nitrates, on the other hand, accumulate naturally in groundwater when nitrogen combines with oxygen or ozone. Excess nitrogen can come from farming, septic systems and other sources. Both nitrates and PFAS have been linked to serious health problems in humans and animals.

“We are facing a number of water quality issues around the state,” DNR Secretary Preston Cole (pictured here) said. “Some of those include legacy contaminants affecting our Great Lakes, persistent contaminants like nitrates in wells, lead laterals contributing to elevated lead levels in homes, schools and daycares, and emerging contaminants like PFAS.”

In January, Gov. Tony Evers declared 2019 the “year of clean drinking water.” Cole says that was done not only to shed light on the problems surrounding water in the state but also to find solutions.

“One of the areas we are focusing on this year is nitrates,” Cole said, noting the presence of this contaminant in private wells represents “one of the top drinking water health issues in Wisconsin.”

In rural areas across the state, Cole said groundwater that was once clean has been polluted by pathogens and nitrates, which he attributes to “too much manure and fertilizer.”

Kevin Masarik, a groundwater education specialist at UW-Stevens Point, provided numbers showing 1.7 million people in the state are served by private wells, which aren’t tested with the same scrutiny as public water systems.

Cole said around 47 percent of the state’s private wells are “crumbling, and don’t meet the public health standard,” calling the current situation a crisis. He also noted that individual well rehabilitations can cost as much as $20,000.

“As a state agency we should shed light on that issue so that our legislators can hear about what we believe are some systemic issues around wells and well rehabs,” Cole said.

Masarik said regulators should be more intentional about organizing residential developments with respect to private wells in rural areas and subdivisions.

“This includes proximity to rural areas, as well as the density of septic systems that we allow,” he said.

He believes efforts to reduce nitrate concentrations will have to go “above and beyond simple nutrient management recommendations.” That includes changing the timing for certain crops, as well as planting cover crops to allow for more nitrogen to be taken out of the soil by plants outside of the active growing season. He also said perennial and biofuel crops could play an important role.

“Those really would have the greatest benefit if we want to be strategic about reducing those nitrate impacts in some areas,” Masarik said.