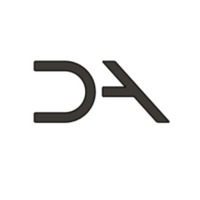 The history of aviation began with two famous brothers, Orville and Wilbur Wright. The next chapter may be written by three brothers from western Wisconsin.

DarkAero was started by Ryley, River and Keegan Karl, who have invented a two-seat kit aircraft designed to carry up to 750 pounds. It’s shipped to customers in parts that are assembled in the space of a two-car garage. The complete cost for the DarkAero 1 kit is $140,000.

Company leaders say users can fly fast enough to beat the door-to-door times of commercial domestic flights, and far enough to reach either coast without stopping.

“We think of it as the ultimate vehicle for exploring the planet,” River said.

Having less weight allows the aircraft to fly faster and farther than competitors, according to the founders. The parts of the DarkAero 1 are constructed using precision-machined molds, in contrast to other competitors who use hand-sculpted molds. The startup’s closest competitors are other high-performance kit-aircraft companies: Lancair and Van’s Aircraft.

Currently, more than 27,000 active registered kits are licensed by the Federal Aviation Administration with a growth rate of 1.3 percent annually.

DarkAero is currently seeking $100,000 in capital to begin production. About $30,000 of the funds would be used in the first year of production to move into a larger facility and improve the efficiency of manufacturing production. The team would also purchase equipment for refining the production process and improve part quality.

And some of the money would go towards marketing the aircraft by hiring a part-time marketing expert to help bring more awareness on social media and videography for YouTub. The rest of the money would be used for new testing equipment to further optimize and improve the product.

Each member of the team brings a mix of skills to the project; the three brothers graduated from UW-Madison between 2008 and 2012.

Ryley, company president, is a pilot and kit aircraft builder with nine years of industry experience in manufacturing, while Keegan has two years of industry experience in engineering product development and four years in engineering management. And River spent a year working in industrial automation and four years in software development.

The company is a member of the “Diligent Dozen” in the 2019 Wisconsin Governor’s Business Plan contest and will present June 4-5 at the Wisconsin Entrepreneurs’ Conference in Milwaukee.

Moy is a student in the UW-Madison Department of Life Sciences Communication.